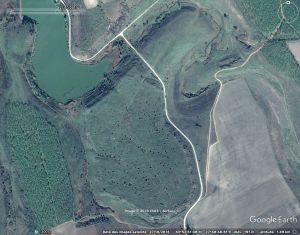 The second WP of the DANUBIUS project relies on the archaeological explorations of the Late Roman fortress of Zaldapa (Krushari, Bulgaria), which was a most important regional centre of Christianity in the 6th century. Archaeological works, which began in 2018, are led by G. Atanasov and N. Beaudry, with the collaboration of A. Milanova and D. Moreau, and currently mainly funded by the Social Sciences and Humanities Research Council of Canada (SSHRC/CRSH). The field results as well as those from non-invasive techniques of investigation will complement the database of the first WP.

This phase of the project has already began in 2014, when D. Moreau was approached by the Bulgarian team that had just started works at Zaldapa, in order to create an international research team for the site. A group of international scholars (from France, Canada and Albania) was thus invited by the Bulgarian colleagues to visit Zaldapa in July 2015, in July 2016 and in July 2017, to evaluate the archaeological potential of the site, and then to design a joint archaeological project. Consequently, the first International Archaeological Mission in Zaldapa was launched in July 2018. It brings together scholars of several nationalities and is under the patronage of four institutions: the University of Quebec at Rimouski, University of Lille, HALMA-UMR 8164 research centre, Sofia University “St. Kliment Ohridski”, and Dobrich Regional Historical Museum, in collaboration with the Municipality of Krushari.

Some elements from the press kit: