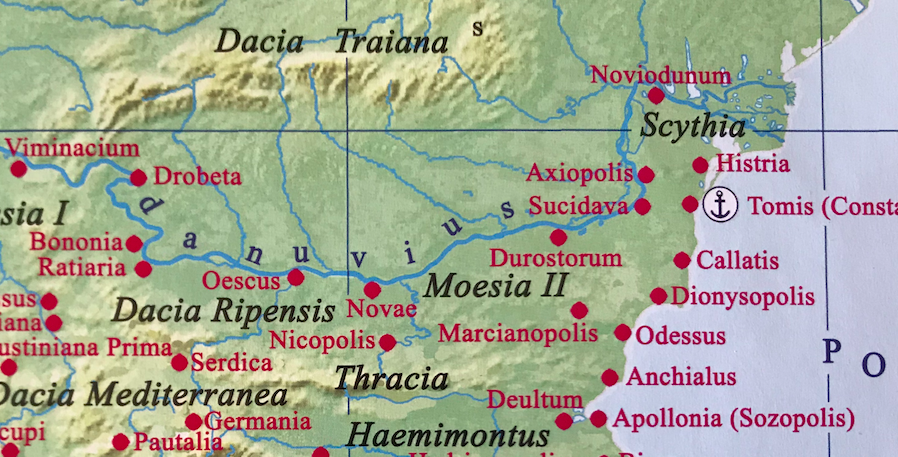 The Lower Danube according to the map of Episcopal Sees in Late Antiquity by A. Esposito (©ICCS Press, 2013).

The first WP foresees the compilation of an analytic database of ancient sources, as the core for the GIS model. It will bring together all the traces – both material, and written (notably inscriptions, in situ or not) – of Christianity in the region until the 8th century. This database will devote one record to each source registered, a table which will correspond to a predetermined protocol and a strict typology, and offer different possibilities for textual input (the ancient texts will be copied in their original language and not just be the subject of bibliographic references). It will be supplemented with pictures, plans, results of prospecting of all types, etc. Considering the ampleness and richness of the material to be processed, we will process first the entries for episcopal sees, episcopal groups and furniture related to the function of the bishop. This heuristic part of the project will offer an unprecedented classification of the documentation needed to address the issues of the relationship between Christianity and militarisation along the Late Roman Danube.